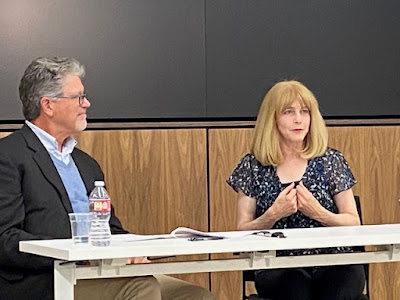 I had a blast at the opening of Theodore Roszak's archive at Stanford University. Kathryn Roszak helped us understand her father and his achievement. Betty Roszak was there, so we also had a chance to honor her and her work. Archivist Ben Stone, who put the whole thing together, displayed a cool sampling of Roszak's output and personal papers. J. Christian Greer brought students from his class, "Holy Hipsters: Spiritual Rebellion and Hip Consumerism in Postwar America." And we had a tasty dinner afterward where I met some of Kathryn's friends, two of whom were John Perry Barlow's friends and business partners. More days like this, please.
Posted by Peter Richardson at 6:27 PM No comments:

Review of Dave Zirin's "Behind the Shield" 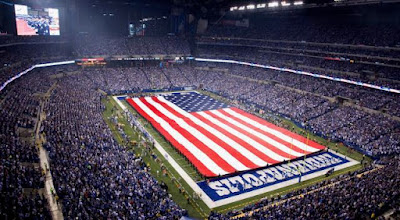 Fanatical readers of this blog know I have a high regard for Dave Zirin and his work. Important stuff, if you ask me.

I reviewed his recent documentary film for ScheerPost. It's called Behind the Shield: The Power and Politics of the NFL.

As I note in the review, Dave has been writing about the NFL for two decades, but this film is something of a culmination. Highly recommended.

Posted by Peter Richardson at 6:48 PM No comments: 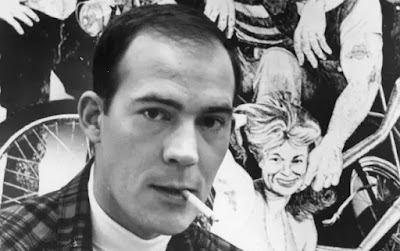 This podcast might have set an endurance record for gabbing about Hunter Thompson.
Posted by Peter Richardson at 8:50 AM No comments: 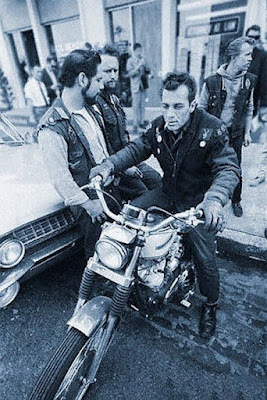 Sonny Barger and Hunter Thompson parted on bad terms, but their relatively short time together benefited both men. Barger might think otherwise, but his death at age 83 wouldn't have generated national headlines if it weren't for Thompson's 1967 bestselling book about the Hell's Angels.
Posted by Peter Richardson at 1:39 PM No comments: 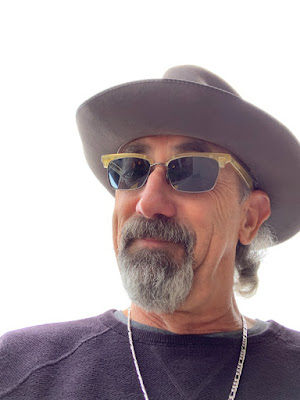 Had a nice chat about Hunter Thompson with Jack Sonni on his Newsweek podcast. I always relish the chance to go deeper with an aficionado. Jack is certainly one of those, but he's probably even more famous for his guitar work with Dire Straits.
Posted by Peter Richardson at 10:05 AM No comments: 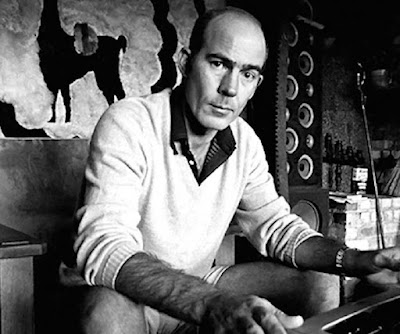 CBS News streamed my brief chat with Nicole Killion about Hunter Thompson. I had COVID and was a little spaced out, but I wanted to focus on Thompson's literary formation, not on his myth or persona. The Gonzo formula was a winner, but these days I'm more drawn to the struggling writer than to the swaggering party animal.
Posted by Peter Richardson at 11:53 AM No comments: 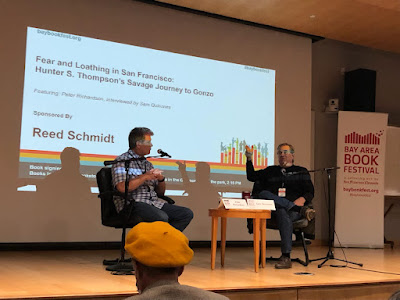 The Bay Area Book Festival took place last weekend in Berkeley. It was the festival's first face-to-face event in three years. I assembled and moderated many panels in the early years, and I think I'm officially still on the program committee, so this event has always meant a lot to me.

This year I was on the talent side of the equation. I chatted about Hunter Thompson with Sam Quinones, author of Dreamland and The Least of Us. Dreamland, which I reviewed for The National Memo, won the National Book Critics Circle Award in 2015. It's an incredible tour de force on an urgent topic--the opioid crisis. I've known Sam for years, but I'm also a huge admirer, so I was delighted he could appear with me.

Our conversation was wide-ranging, but this was the first time I've discussed Thompson with someone like Sam, who has been documenting the ravages of drug abuse. As he pointed out, Thompson's drug use seemed funny in the 1970s, but there's nothing remotely amusing about what's happening on the streets now.

Posted by Peter Richardson at 9:09 AM No comments: 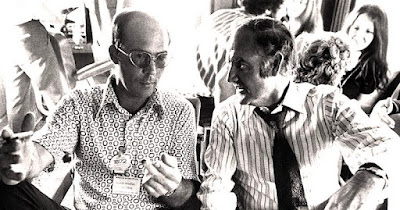 Jason Vest looked me up for a piece he wrote for The Washington Post Magazine. It appeared online a few days ago but is scheduled for Sunday's newspaper. It focuses on Hunter Thompson's campaign reporting in 1972, which is a remarkable chapter in his life. It's the 50th anniversary of that campaign, which always helps with this kind of story.

Jason also found Timothy Crouse, Thompson's Rolling Stone colleague on the campaign trail and author of The Boys on the Bus. Crouse has been out of journalism for some time, but that book holds up remarkably well. I felt I was in good company there.

Jason and I had a lot of fun swapping insights, so I was especially pleased that his story went over well. Many old colleagues saw it and contacted him, and CBS Morning News quickly reached out to UC Press about an author interview. We'll see what happens there.

As it turns out, NBC/Peacock also will interview me next week for a series on the Zodiac killer. Evidently, the production company heard my dulcet tones on the Monster podcast a while back. This interview will take place in Vallejo, where some of the murders occurred.

Posted by Peter Richardson at 8:40 AM No comments: 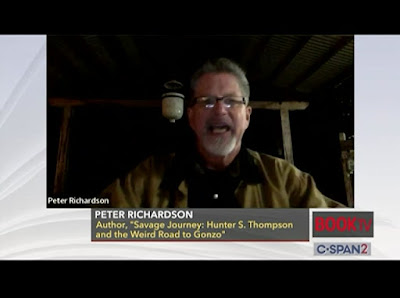 Not sure how I missed this program, or that I was properly lit. (Take that as you will.) But I was delighted to appear on C-SPAN's "Book TV" with David Talbot and Peter Maravelis. Thanks to City Lights for hosting this event way back in January. In fact, this was the book's official launch.

Let's take these things one at a time.

First, what an honor to appear on C-SPAN. I think someone there might be a Thompson fan because the station also featured Timothy Denevi and Juan Thompson in recent years.

Second, what a privilege to appear with David Talbot. He wrote (among other things) the bestselling Season of the Witch about San Francisco in the 1970s and 1980s. He also crossed paths with Thompson at the San Francisco Examiner. As this program shows, he's a Thompson aficionado and a skilled interviewer. I can vouch that he's also an all-around good guy, and I'm so glad he has returned to form.

Posted by Peter Richardson at 4:23 PM No comments: 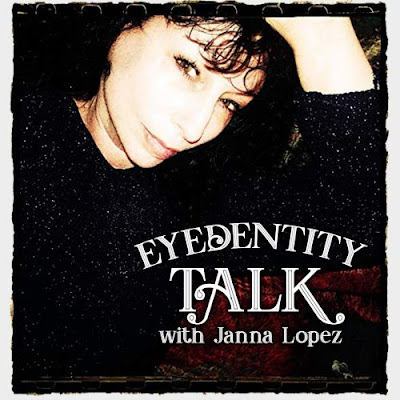 This interview was special. As a writing coach, Janna took our conversation to a new and interesting place. I enjoyed the chance to discuss Hunter Thompson, the book, the craft of writing, and the stubborn itch to say something about our own experience.
Posted by Peter Richardson at 7:33 AM No comments: